What is YOUengine? Interview with co-founder

As we previously wrote, John McAfee - the eccentric billionaire and creator of McAfee antivirus praised the YOUengine on his twitter.

McAfee, also known in the crypto community for his predictions of Bitcoin price growth to $ 1 million, mentioned the blockchain project Youengine in his Twitter account. Its founders are Konstantin Chernov - one of the former executives at Kommersant and Michael Muenzing - German music producer and Grammy owner. The development team consists mainly of Russian programmers.

YOUengine is a decentralized platform that brings together advertisers and users. Besides, its users will be able to receive cryptocurrency for viewing ads as a reward. To do that, people will need to install the YOUapp application and complete personal profiles.

For example, a person can indicate the date of birth, relationship status, location, profession, hobbies and hobbies, and so on. Based on this data, an ad will be selected. A user can watch this ad for a reward in the YOUcash (YOUC) token, developed on the basis of Ethereum. It will be possible to store YOUC cryptocurrency, as well as exchange for fiat currencies with the help of the YOUwallet crypto wallet. 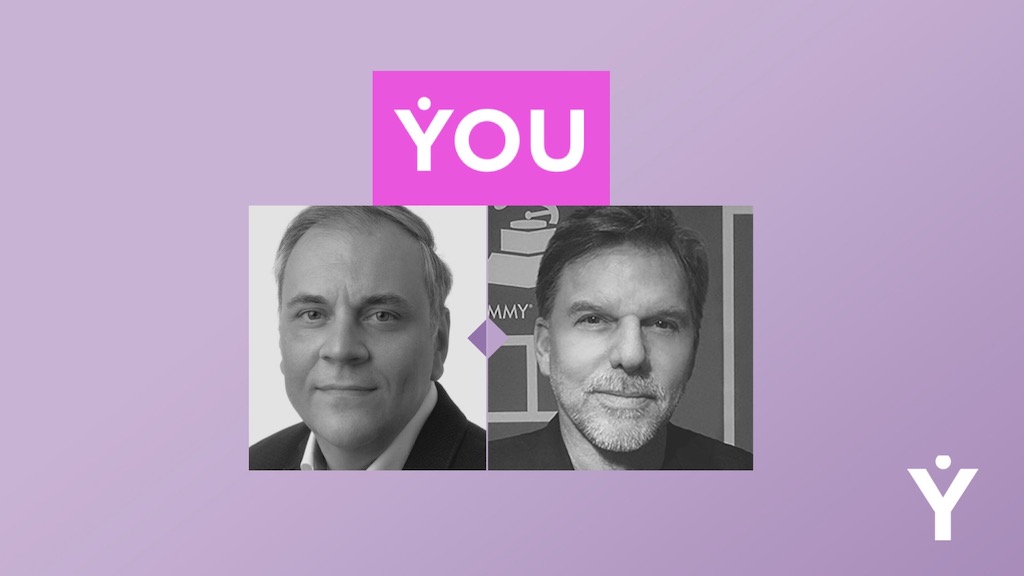 According to the replies provided by Konstantin Chernov to RBC.ru, one of the features of YOUengine is the highest protection of user confidential data. Social networks and other media platforms leak customer information or sell it, but here this problem is solved using the blockchain hashing.

“Social media sells the data of its users to advertisers, while the users themselves lose twice: they don’t get anything for it, and their personal data is absolutely not protected. This data can suddenly be in the hands of anyone. The latest example: data leakage of several hundred million Facebook users. Even after confirmation of such facts, users whose data has been stolen do not receive any compensation. The development of blockchain technologies and decentralization ideas allows us to solve these problems. YOUengine user data remains on the smartphone, the platform does not see it.” said Chernov.

He also added that YOUengine allows the advertiser to have direct access to the most targeted audience, which is possible due to users indicating information about their consumer preferences. Therefore, companies can save money by eliminating the corruption component and disabling ineffective communication channels, he suggested. Chernov said that today about 60% of all advertising in the world does not bring effect. Low commissions, eliminating agents and intermediaries will also help save money.

According to the co-founder of the project, any user can act as an advertiser. A user has the opportunity to spend cryptocurrency earned by watching ads to promote his project, goods and services. In addition to standard methods of promotion, companies will be able to use another tool - the game YOUgo. In it, the advertiser can “scatter” any number of virtual prizes in his chosen geolocation, and users can find them using the augmented reality system, like in PokemonGo. You can receive gifts using the QR code in offline stores, for example, sneakers in any Nike or BMW store at a car dealer.

Due to Chernov's forecasts, the user will be able to earn about $ 100 per month from viewing ads through YOUengine. However, this amount may vary, as it depends on many factors. For example, how much information a person will indicate about himself. The more, the more profitable - explained the co-founder. He emphasized that the project will fight against the “stupid cheating” of views for the sake of earning, as this harms advertisers.

"Our goal is to turn the idea of advertising". The AI algorithms make it easy enough to identify users who will cheat views. Such users will become less relevant and receive fewer commercials” said Chernov.

Currently, the project is in the initial offer phase on many exchanges. YOUCash tokens are distributed at a rate of $ 0.1.

In conclusion, the project co-founder pointed:

“We are negotiating with major exchanges, such as KRAKEN, and are talking with others. In any case, the placement on large exchanges is in our plans. Our project was supported by John McAfee, and now we are negotiating with him about a possible cooperation. It seems to us that we coincide in our views on many basic things, and I hope this can grow into good cooperation”

By the way, in January, McAfee said that the future of the crypto industry is for altcoins, and not for bitcoin. The billionaire is confident that the first cryptocurrency is inferior to other digital assets in technical specifications. He also abandoned his $ 1 million forecast for Bitcoin, calling it a trick to attract new users.